We were approached to design and build two prototype plants capable of producing 500 l/h of permeate from saline water, capable operating worldwide. The main requirement is that they had to be capable of being carried by four people, with a weight limit in the region of 100 kg (based on 25 kg x 4 people) as well as undergoing climatic trials due to the varying environments in which they are intended to be used.

To ensure that we could meet the weight specifications, a modular design had to be utilised. The plant was manufactured in two halves consisting of an electrical control module and a RO module which are connected using flexible hoses.

A number of components used were new to Salt Separation Services due to the constraints of the design criteria – significant measures were taken to reduce the weight.  Custom designed valve manifolds were selected over traditional valves, these occupied a smaller space envelope and reduced the number of components/fittings required.

Initially a GRP control panel enclosure was used to house the electrical components, however, after issues during EMC testing these were retrofitted with stainless steel enclosures, this resulted in an increase in weight due to the change of material.

The vessel module was originally designed to house four RO vessels, during the testing phase the module was deemed to be too heavy once membranes were fitted, the design was adapted to reduce to three vessels utilising an alternative membrane to give the same flow and product water quality and a weight reduction of 17 kg overall.

To further reduce the weight, aluminium was used for the framework, which is lightweight when compared to traditional steels.

On completion of prototype testing, a contract was awarded to manufacture a number of RO plants for operational requirements. 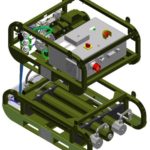 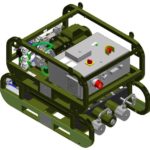 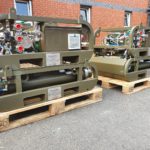 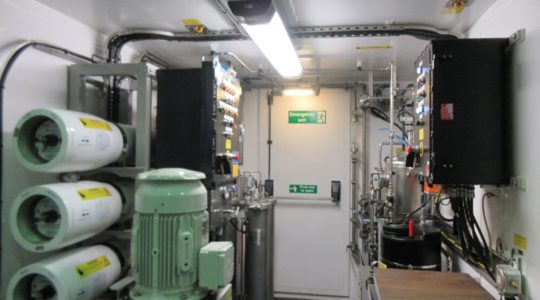 A water treatment plant was needed to facilitate an increase in drinking water production on an offshore platform. The requirement was driven by additional staff on board to decommissioning the oil rig. The brief asked for a sized down plant which can be easily unloaded, installed and set to... 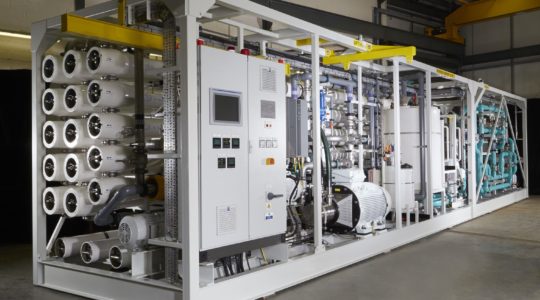 A number of new 167,000 GT energy efficient cruise ships were being constructed for a premium cruise brand. Each ship was to be fitted with three RO plants, each capable of producing 800m³/d of desalinated fresh water from seawater. The RO plants will supply fresh water to the 6,000... 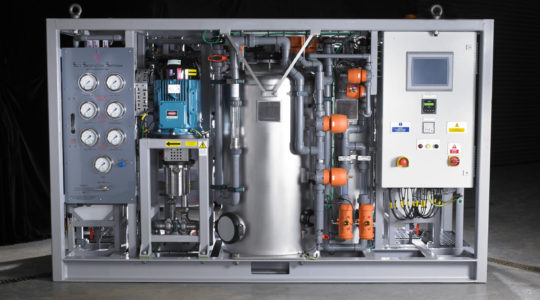 As part of a major upgrade, we were approached to design a fresh water generation system capable of producing 35 m³/d (1.46 m³/h) to replace the existing RO plants on-board. The criteria was to design and manufacture a pair of duty/standby RO plants with a 40% higher output and... 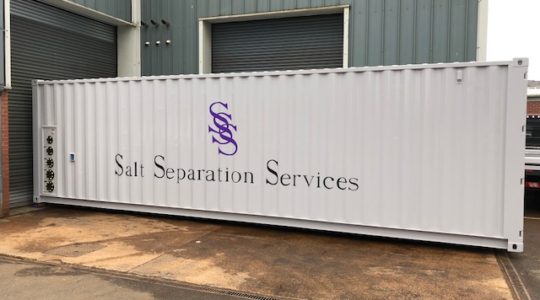 Salt Separation Services were approached to design and manufacture a 30ft containerised RO plant to treat MBR (membrane bio reactor) permeate. The required capacity was 30 m³/h of permeate operating at a recovery of 75%.The RO permeate was treated with UV disinfection prior to it being re-used on-site.

Contact Us for more information on any of our services.